Hotstar Live Channels: Disney+Hotstar is one of the recent combos for online video streaming network. Do you want to know the live channels list provided by Hotstar? Then read the complete post choose your Hotstar pack(VIP & Premium). Netflix and Amazon Prime Video apps are popular around the world but Hotstart is one of the leading streaming services in India. The success of the service is largely seen with its competitive price and comprehensive list of India friendly content with programs in various Indian languages.

This app provides many options and features for its users so you can enjoy the videos with your friends and family. There are various ways available to watch live TV programs but people expecting everything in their pocket so with the help of Hotstar app anyone can watch any movies or tv shows on the go. Okay, let’s look at that list in detail.

What is Disney+Hotstar Live? 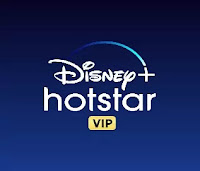 Disney + Hotstar is the best video streaming application for live games, TV shows, and movies. It hosts over 100,000 hours of movies and TV shows in India and around the world, including live games and popular global TV shows from around India and around the world. You will also be able to enjoy unlimited access to exclusive Hotstar specials that have produced every major sporting event such as the upcoming IPL 2020 cricket and T20 World Cup.

It has now expanded the various mobile TV channels from the Star network to all paid subscribers in its mobile applications. Previously the channels were only owned by users from certain mobile operators but now Hotstar has been hosting Star Network channels live for some time. Selected Star Channels is now designed to be available directly to all paid Hotstar subscribers on its Android and iOS apps. These live TV channels can be accessed through the Hotstar app by tapping on the TV section. You can also select popular channels.

Hotstar Premium or Hotstar VIP payment plans require a subscription to access live TV channels. The price of the premium plan is Rs. 299 or higher discounted price is Rs. 999 per year. The VIP plan costs Rs. 365 per year, only access to Star Network content. For users in India, we also bring you the best stories from around the world like Disney, Pixar, Star Wars, and Marvel Studios (Disney +). Before looking at the channels list try to know its best features below.

Features of the Hotstar Live App

These are all the few best feature and highlights on Hotstar live online app. Let's look at the live TV channels list below.

Many more channels are there in the Hotstar app. It also has 15 language channels like Tamil, English, Hindi, Telugu, Malayalam, Kannada, Marathi, and Bengali. These include Romance, Drama, Comedy, Mythology, Talk Show, Lifestyle, Biopic, Science, Family, Reality, Crime, Action, Teen, Awards, Travel, Wildlife, Thriller, Sport, Celebrities, Concert Film, Stand up Comedy, Super Hero, The show has seemed a bit unfocused in recent episodes, including Documentary, Horror, Kids, Docudrama, Health and Fitness, and Musical. With a single subscription, you will get these many channels and contents. Why are you waiting still? just install Hotstar and share your streaming experience with us

How to install the Hotstar App

Hotstar app is available for all platform devices so get the app for your device below.

The Hotstar app is the best video streaming app for your entertainment. Hotstar an important and provide the best entertainment/fun time for the people of India. You can watch all the channels you want to watch in this app whenever you want. If you have any doubts please let us know in the below comment sections. Thanks for your visit guys.