Free VPN for Android Smart TV: The Android TV boxes are the devices that help to turn your TV into a media center; With the help of streaming applications, It will become a home theater. For those applications not to compromise your security, privacy, and circumvent geographic restrictions, It is the main essential for using VPN. This will be intended as a guide on the best free VPN for the Android TV box, 100% cost-free, and Premium kind. Nowadays watching movies and new release songs on TV becomes a trend because of the OTT platforms but sometimes they will limit the contents based on the regions so we need the VPN service to stream the contents. 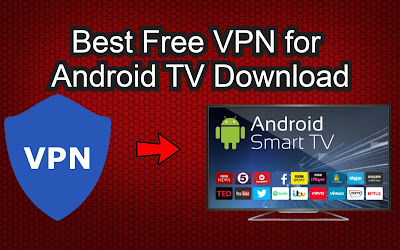 Android TV boxes are one of the dedicated devices typically used for streaming purposes at the large screens. They have different media centers such as Kodi and other streaming services. Those users will subscribe to such as Netflix or free ones such as Stremio, Mobdro, Popcorn time, Showbox, etc. At frequent times, for using the hassle-free services, You need to use a VPN, and here that is why. Read the complete post and know the purpose of VPN for smart TV.
Related Post: Download Kodi for Android Smart TV

Reasons to Use a VPN:

There are a lot of good reasons to use a Good VPN while streaming on any devices:

The streaming services will be limited to one area, For those that are globally available are get segmented and tailored to the regions according to the copyrights. For instance, BBC iPlayer will only available in the UK while Netflix is available in many countries, but Netflix US has a vast catalog. If you're not living in the UK, You won't make access to the BBC Player, and also if you don't reside in the US you won't access the vast richer catalog of Netflix US.

The high internet speeds will be main necessary for streaming and for watching online content in HD without buffering. Most of the ISPs also offering cable services and actually they don't like the competitions from the online streaming services. Most likely they won't make block their services, but they will decide to throttle their traffic. This will translates to a frustrating streaming experience because of slow speeds, low quality, and most annoying buffering screens.

Your ISP's will gets login to the connection details and everything you do on the internet. This will show how they know what service to throttle in the first place. Apart from ISP's, Most of the free streaming services will offer to the copyright content, and this will attract law enforcement agencies to the cord-cutters world. Since the ISPs know all of your internet searches and activities, They can be coerced to give out details easily to the law enforcers. You will be then be hit with copyright infringement charges.

Android TV boxes are requiring unlimited bandwidth, high speed, access for the geo-blocked content, and lastly, privacy, and securities. But unfortunately, Free VPN doesn't meet this criterion and therefore they won't suit for choices. The most common free VPN has limited bandwidth that will get ranges from 500MB to 2GB. This is not much enough for streaming the HD contents. These VPN's also have the speed caps and throttling that results in the buffering problems. It also keeps logs and will collect your user data, which is a violation of your privacy. Worst of all, They have few servers and this means you can't access the geo-restricted content that you desire. Also, they will seldom stream of Netflix US and BBC iPlayer and any other services that use torrents won't work.
Fortunately, we have done some research on the Best Free VPN for Android TV box and found out some of the free VPN for the Android TV box and found out some free VPN's that you can use in your Android TV box. 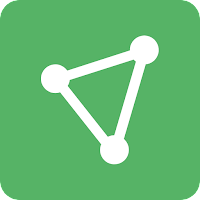 ProtonVPN is recent but it will be a very effective VPN based in Switzerland. Due to being under the strict swiss privacy laws, the users can trust their data will be highly safe. Although the service is free-cost by default, the users can upgrade to a paid plan at any time. The free plan is one of the most attractive matters on the market and its stunning main characteristics are:

The above-mentioned limitations may be overcome by the upgrade to ProtonVPN Plus plan as users also have benefited from:
Related Post: Download and Install Turbo VPN for PC

Windscribe VPN has a very generous free plan and it has one of the best free VPNs that will suitable for the Android TV box.  Windscribe VPN  has a 2GB data cap which you can make an increase to 10GB if you have made register with our email and confirm it. This VPS doesn't have ads, It is supported to P2P traffic and it has some decent speeds up to 30Mbps. The major downside with the Windscibe's free VPN is that you can get access to only 10 servers.

Hide.me VPN is one of the greatest free alternative VPN for the Android TV box due to its features. It has a free plan that gives a 2GB data cap per month, a kill switch, the dedicated Wi-fi protection and it can also support P2P traffic. Additionally, it doesn't log the user's activities. Apart from the 2GB cap, the free plan will give you access to the three server locations, and the speeds are capped. 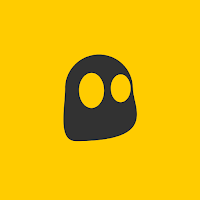 Cyber Ghost is one of the leading VPN services provides and its focus is to provide better access for streaming sites such as Amazon Prime, Netflix, BBC iPlayer, and so on. The Cyber ghost is very famous for its robust security feature. It has many advanced features and you can connect up to 7 devices with one plan. This application is available for all platform devices like Windows. Mac, Android, and iOS. You can directly install Cyber ghost VPN on android TV.
Features:

These are all the Best Free VPN for Android smart TV. Now you can stream any content on your TV without geo-restrictions. We suggest the above-mentioned VPNs based on the reviews and personal experience. If you have any doubts please let us know in the below comment boxes. Thanks for your visit.